The Importance of Failing at Audition Doctor and Drama School 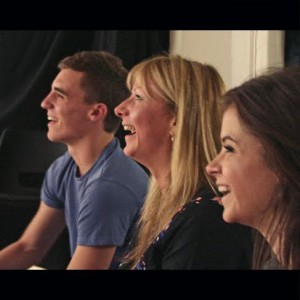 In 2008, Lyn Gardner wrote in the Guardian of the Gordion knot people faced when deciding on how to begin a career in acting. What was undisputed was the fact that “getting that training [was] crucial.” However, she acknowledged that “finding the right course can be confusing. There have never been quite so many routes into the profession. Pick up a copy of The Stage and you will find it full of adverts offering full and part-time training – at a price. Some of these courses will be excellent, but some – as Matthew Lloyd, artistic director of the Actors’ Centre, complained last year – will be turning out actors with substandard training”

A student at drama school was noted down as saying “too often students are not encouraged to think beyond the final showcase. It’s as if the entire training is geared to that one night and getting an agent, when what we need to know is how the business really works, and how we can make it work for us. It feels as if we’re being trained like soldiers to fight a war. I sometimes feel as if I’ve spent three years being trained to be directed, rather than to think for myself.”

University drama courses were touted as possibly being viable competitors to drama schools. There was a consensus that there was “now a real tension about the way actors are being trained, because the industry has entered a new era. Actors can’t just act any more. If they want to work they have to be entrepreneurial: they have to make work, build companies and find spaces for that work. The graduates from universities are good at this. They are able to make context for the work, not just work itself.”

However, since this article was published, drama schools have responded to the changes in the industry and drama school graduates have proved that they are increasingly well equipped to create their own theatre companies and produce quality work post graduation. Many of the companies are formed with peers at drama school – East 15’s 15 Degrees East Theatre Company and Guildhall’s The Wind-up Penguin Theatre Company are two of many successful examples.

The advantage of drama school training over university courses is its total emphasis on the practical and its encouragement of failing in the doing. Jon Hamm’s advice to those starting out was: “It’s not only acceptable to fail, it’s par of the course, you must, you must fail in order to succeed. It’s part of being an actor….all of that serves to make you a better actor.”

Sofie Grabol also said in the Guardian: “Nothing is ever wrong. I try to tell myself that every day. When you’re in rehearsal as an actor, the whole point is to make mistakes. It’s embarrassing, but it’s where you find the interesting stuff.” These kind of integral mistakes cannot be made in the writing of a dissertation, they are only valuable when committed whilst physically acting.

This is why Audition Doctor is popular with professional actors and drama school applicants. Whatever stage you are in your career, the need to get things wrong in order to be better never ceases. Audition Doctor provides an environment where failure is expected and encouraged. Drama schools value students who are willing to choose the more difficult option. It shows courage and a desire to offer a more interesting perspective. Audition Doctor students are so used to doing this in Tilly’s lessons that it becomes second nature, which means students are routinely successful in being recalled and gaining a place.