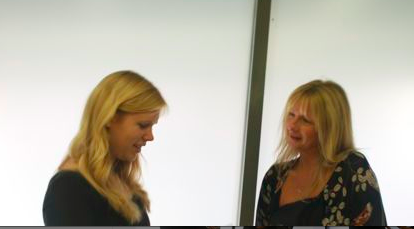 Using Shakespeare to Your Advantage at Audition Doctor 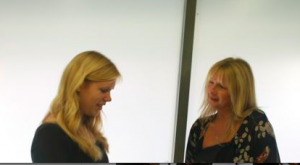 In an interview on acting for BAFTA, David Morrissey recounted how he ended up at drama school. “I did a TV drama when I was 17. I was very lucky and it was about two Scouse lads who had run away to Wales and funnily enough I was a Scouse lad myself who had been to Wales so I had a lot of research already on my plate. There were adult actors on that show who advised me not to go to drama school. But there one actor called James Hazeldine, who became a mentor to me, told me to go to drama school because it will give you a career or you can play Scouse lads for the rest of your life if you want to but this will give you an ability to do other things, theatre, different accents, work on your posture, all those things. I went to RADA and found drama school really valuable.”

Aside from professional actors, Audition Doctor has a large number of students applying to drama school. With drama schools receiving such a high volume of applications, the need to show yourself to be a candidate who is emotionally literate, open to direction and willing to take risks has never been greater.

Tom Hanks said of his early acting: “I operated on instinct and energy. I was just loud, I was just fast. I would just swamp the process with this blind accelerated pace – that was the only speed I knew how to operate even after I came out of repertory. I could have learned earlier on how to take your time and do the interior work that you can do alone just by studying the text. Before that I would just learn the text and then do it as opposed to planning out a mode of attack.”

One reason for Audition Doctor’s popularity is people’s fear of Shakespearean language. Anthony Sher’s web chat in the Guardian this week said: “I, like many other actors who have joined the RSC, used to believe that there is a prescribed way of playing Shakespeare. There isn’t. Each generation devises their own way dependent on how audiences want to receive Shakespeare. Earlier generations of audiences were happy to hear him almost sung or performed in a very grand operatic manner. Modern audiences want him to be done more realistically, they want to recognise the characters on stage as people they know in their lives. So it will keep changing, but there are some basic rules about playing Shakespeare that it is best for actors to know about even if they then choose to discard them. Playing Shakespeare in a totally naturalistic way with the mumbling of modern speech, the tendency to fall away towards the end of a sentence, this simply wouldn’t work when speaking Shakespeare verse.”

Audition Doctor’s high demand rests on the fact Tilly ensures that every applicant performs their Shakespeare speech with exactly the same vitality, authenticity and conviction as their modern speech. The basic rules are taught but what is the most important is that the language is never thrown away and always harnessed to communicate emotional honesty. Audition Doctor sessions make Shakespeare less of an obstacle to be overcome and more of an ally, which is why more often than not, Audition Doctor students gain places at drama school.