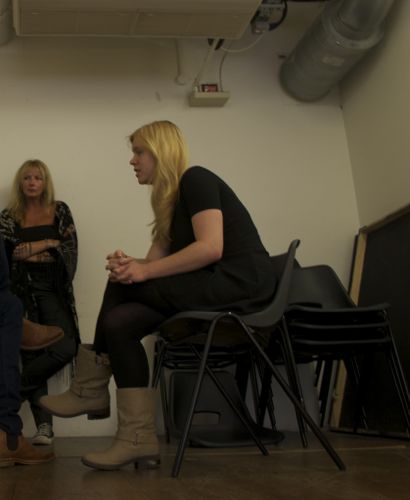 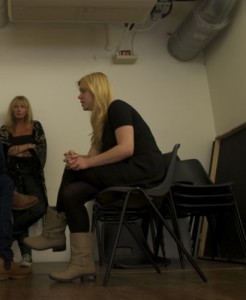 Drama schools have long been been accused by critics of being middle-class enclaves. This is perhaps understandable with actors such as Benedict Cumberbatch, Tom Hiddleston, who yesterday won the Evening Standard’s Best Actor award, and Damian Lewis recently dominating the Culture section of the papers. Actors such as Judi Dench and Julie Walters, themselves drama school graduates, have also been voicing concerns over how tuition fees at conservatoires are preventing those with talent from entering the industry.

It is therefore reassuring to know that The Stage has published findings that show that 80% of students at drama schools are state-educated. Furthermore, despite the fact that drama school and indeed all higher education is expensive, drama schools such as LAMDA have “strong scholarship and bursaries programmes”.

Despite the criticism levelled at drama schools, however, they are just as oversubscribed as ever because students know the value of investing in practical conservatoire training.

Simon Russell Beale stated in the Guardian: “The actor’s primary responsibility is to make the text understandable at first hearing. That’s quite a big thing, and quite difficult, especially if it’s a fairly complicated text. Know the rules about verse-speaking. After that, I don’t care whether you break those rules – just make me understand what you’re saying, the first time you say it.”

The reason why drama schools, like Audition Doctor, are popular is because they are one of the few places where you are given sufficient time and guidance to push yourself emotionally and intellectually. A sizeable number of Audition Doctor’s students are professional actors who have had professional training. In spite of this, they understand that in order to achieve longevity in the profession, their training requires upkeep and continual progression.

Simon Callow spoke of the crucial process that students go through at drama school, which is not at all dissimilar to a regular student at Audition Doctor: “The important thing about training is that it buys you space – three years, ideally – in which to make an absolute and total berk of yourself, in front of your fellow actors, who are going through the same thing. It’s a controlled environment in which you can slowly unpack your own neuroses, your inhibitions, your resistances. And if it’s a well-devised course, you can slowly – having, as it were, disassembled yourself – reach back towards the light.”

Training, whether you do it at drama school or at Audition Doctor, will cost you – both financially and emotionally. However, actors who are lucky enough to have experienced these unique and demanding environments usually have the knowledge of what is required to take the audience by the hand and lead them into another world. This is why actors who come to Audition Doctor know that their success lies not only in the solidity of their training, but also in the work they do with Tilly.

Drama School – The Springboard into the Industry

Financial constraints aside, it’s astonishing how many people who want to become actors neither want to train nor go to the theatre, which you would presume are prerequisites to becoming a serious professional. Whether it’s down to arrogance or a misplaced belief that it’s better to “get out there” as soon as possible, it is not giving yourself the opportunity to develop your craft as an artist.

Drama school is where you have the time to probe deeper into your mental landscape and explore the recesses of your psyche which is the starting point for any character you play.

Last week Simon Callow mentioned how drama school was the place where he experienced his own Eureka moment: “I was almost a total write-off at drama school in my first year. I was struggling against a terrible internal block, which refused to allow me any sort of free expression: everything I did was controlled to the last degree. I seemed hell-bent on impressing some invisible admirer. But I knew my work was rubbish — knew, not least, because my teachers, with varying degrees of tact, told me so, over and over again. It took [a] liberating experience to unlock me from the prison. The… shock was administered by the great acting teacher Doreen Cannon, who goaded me to combustion point during an “extreme emotion” exercise. It was the first time, I suspect, ever in my life till that point, that I had dared to give in to an emotion.”

But on a more practical level, drama schools are still the first places that agents go to look for new talent. Ultimately, drama school is the vital starting point to your career; it sends a clear signal to other members of the Industry that your talent and potential has not only been validated but pushed further. Additionally, in an article in the Guardian on “the secretive world of casting directors”, respected casting agents such as Andy Pryor and Stephen Crockett said: “Agents pop up like weeds, frankly. There are only around 50 agencies [that I take] seriously. Essentially, from a casting point of view, you’re going to go with somebody you trust.”

If you want to be put up for great parts, you have to be with a credible agency which will have most probably taken you on based on your third-year showcase at drama school. As one actor asserted: “Casting directors are the gatekeepers. If they don’t know who you are, it can feel impossible to get a decent part.” To underestimate the potency of concentrated focus under the best professionals who understand what the Industry desires is to show yourself to be at best ignorant and at worst conceited.

Despite the paucity of parts and opportunities that are frequently being commented on as a result of funding cuts, there are more applicants to drama school than ever. Some drama schools have had to add further audition stages to make the process even more selective than it already is. Audition Doctor sessions are a guarantee that you do not waste anyone’s time – either yours or the audition panel’s. They see thousands of people and Audition Doctor sessions have proven time and time again that you are actually watched as opposed to merely seen. The idea that you can just learn a speech the night before and do it the next day is laughable. It’s true that they don’t want to see that you’ve been coached to say lines in a certain way but Audition Doctor is in no way, shape or form about that. Lessons are a true delving into what makes you tick as well as the character. Drama schools are looking for someone who is open to exploration and Audition Doctor is absolutely all about that.