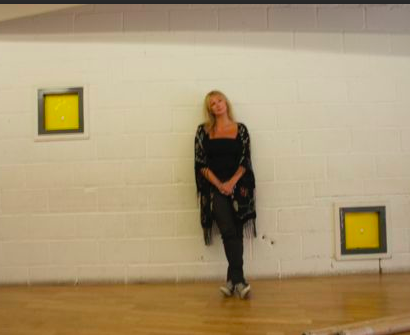 Danger and Risk at Audition Doctor 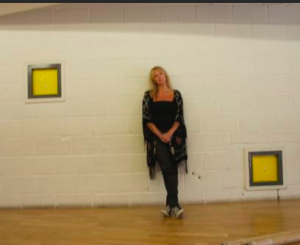 In an interview for The Stage, Guildhall acting teacher Ken Rea spoke of the qualities that certain actors possessed that marked them out separately from the swathes of actors he has trained.

“They’re unafraid of danger,” he says, mentioning Antony Sher with whom he worked at the Royal Shakespeare Company before Sher was famous. “He was by far the bravest risk-taker in the rehearsal room,” recalls Rea. “It’s the freedom to be unpredictable and spontaneous within the form that marks out people like him. When I see actors I trained working, and when I visit them backstage afterwards, they often ask ‘Ken, was I dangerous?’ because it’s a key element.”

For both professional actors and drama school applicants, risk is one of the main reasons to come to Audition Doctor. The work undertaken at Audition Doctor is unfailingly original as texts are explored through the prism of your experience and your vulnerabilities. Furthermore, the speed of progression rests heavily on your openness to risk.

Particularly with Shakespeare, the likelihood that a panel has heard your speech before is high. However, the intensity of research and experimentation at Audition Doctor means that the complexity of your character’s psychological process is palpable even for the short duration of a monologue. Audition Doctor students are offered recalls because they show the potential and capability for expansive emotional and intellectual inquiry.

Rea also mentioned the necessity of enthusiasm in rehearsal: “Just as one negative nay-sayer in a rehearsal room can drag everyone down so, conversely, an energetic enthusiast can raise the level of everyone’s work.”

Audition Doctor’s popularity with actors is also down to the passion that characterises the lessons. They are never one-sided lectures but a collective rigorous exploration that ensures character decisions are never generalised and above all, yours.

Even when they’re not auditioning for specific roles, actors come to Audition Doctor to continue to test their psychological elasticity and take risks in parts that perhaps they would have less chance to be cast in.

Maxine Peake’s Hamlet is an example of this. Peake said: “I mentioned it in jest [ to director Sarah Frankcom] at first. I felt why, as a woman, can’t I do it? I had always been attracted to it because there aren’t many female warrior roles. Hamlet is fearless.”

The encouragement and safety that have come to define Audition Doctor sessions are why it has become the place where actors feel fearless and able to gamble with the text as well as their emotions.

Television and film actors increasingly come to Audition Doctor because the sessions are very much like the rehearsal process for a play.

Ruth Wilson in the Guardian: “I come from theatre and I feel like I have to go back to it every few years because it’s like nourishment for the soul. And, as an actor, it’s the place you have most control, no one cuts or edits you and you get to tell the story each night. It always boosts my confidence and my choices in the film and TV work I do after that. I tend to make bolder and more interesting choices after I’ve done theatre.”

The freedom of expression and discovery that Audition Doctor sessions instil mean that actors from all mediums have come to view it as an invaluable part of career improvement.

What Do Drama Schools Want?

The acting profession is famously brutal. As with all art, it is subjective. Consequently, the reactions of an audience or drama school audition panel will inevitably vary. What will speak deeply to one person will leave another cold. Feelings cannot be quantified, nor can a performance be numerically appraised like a quarterly profit and loss statement. Like a professional actor auditioning for a job, whether or not you get a place at drama school hinges on factors that you are powerless to control.

In an interview in The Times, Ruth Wilson spoke about how no one in the Industry was exempt from the harsh realities of the profession: “You get rejected on a daily basis,” she says, “and it’s usually for things out of your control. You don’t have blonde hair, or you’re too big, or you’re not quite pretty enough.” How did you react to being told you weren’t pretty enough? “I’d get angry and say, ‘I AM!’ And force people to think otherwise about me.”

Nothing and no one can change certain unalienable facts about yourself; dyeing your hair a different colour or changing your body shape will inevitably only make you “unsuitable” for the next job. However, Audition Doctor can force a drama school audition panel to think differently about you. Whatever your background, acting is about transcending the trappings of your own existence. Going to Audition Doctor will make you stand out as Tilly will guarantee that you don’t take the easiest option. Daring and interesting choices are made within the speech that eschews a lazy performance.

Furthermore, the success of your drama school audition is not dependent on how “original” your Shakespeare speech is. The drama school panel will have seen a thousand Ophelias, Cressidas and Helenas, but Audition Doctor gives you the luxury of exploring how to inhabit the character and make it your Ophelia. In RADA’s advice on choice of audition speeches, it stipulates: “Don’t mimic the performance of someone else you’ve seen act the speech; we want actors not impersonators.” Sessions at Audition Doctor ensure that the Ophelia you portray, is wholly yours and not a cringeworthy reproduction. The audition panel at drama school don’t want you to replicate Jean Simmons or Helena Bonham-Carter and thankfully Audition Doctor ensures you don’t.