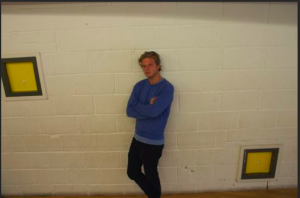 Today’s interview with Frances Barber in the Guardian discussed the unnecessary obligation that actors sometimes feel to “act”. Barber spoke of how the text was compelling enough to sustain a performance and how any extraneous “acting” was unnecessary, particularly in the works of Shakespeare, David Mamet and Patrick Marber.

“All is required is the sense, it doesn’t require your embellishment. David Mamet has this rather po-faced attitude towards acting and he has this kind of strange theory that when you are in one of his plays, he hopes that you’re wondering whether you’re going to have fishcakes at the Ivy while you’re in an emotional scene. I’m not quite sure I subscribe to all of that but I think I kind of know where he’s coming from, which is don’t embellish what he, the writer, has given you…It’s anti Victoriana and anti showing off and being rather indulgent in having pyrotechnics in your performance which I really do subscribe to. I don’t like that I want to see an actor’s personality within the character but I don’t want to see an actor showing off because he’s a clever clogs and he can do all sorts of things to fascinate me. I don’t want that because I’ve come to see the play. Mamet has a very valid point and I bet Shakespeare would be on Mamet’s side. He’s given you everything, you don’t need to do more than that, you just need to say the words. When I played Goneril I didn’t have to [signal] “I’m the Wicked Witch now, look at this”, it’s in the words….You can do it in a myriad of ways but I don’t need to come on as the Wicked Stepmother with lightning and pirouette across the stage…because it’s all done in the writing and the rhythm.”

Professional actors and drama school candidates realise that Audition Doctor sessions always steer them away from pyrotechnics and embellishment and towards using the text as a means of authentically portraying a character. However, students find the requirement of “just [saying] the words” is often harder than it sounds because the desire to “act” often dominates the desire to pare down. This is why most students come to Audition Doctor at the beginning of the audition process so lessons can focus on building the character from the ground up, as opposed to focusing on unpicking the theatricalities that may have creeped in.

Coming to Audition Doctor at the start of the process is often useful in terms of picking speeches. As Barber’s interview shows, the speech you choose is hugely important. For drama school auditions especially, there is a fine line between showing ability and showing off. A perfect speech is one that shows off your abilities without you having to resort to showing off yourself.

Clive Owen recently said in the Independent that for him, the most important thing was the text – “The reality is that when as an actor you come across a piece of material that sets you alight and reminds you of why you do what you do, that’s the be-all and end-all.”

Coming to Audition Doctor at the start of your audition journey gives you time to find the right speech and really inhabit the character so that just saying the words is enough.