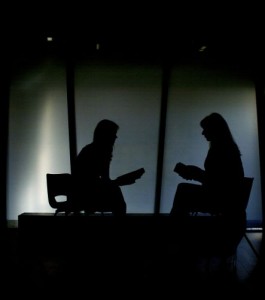 This week, Ideastap uploaded a video of the Associate Director of the National Theatre, Anna Niland, giving advice on how to audition. The first thing that she mentioned was the importance of picking the right monologue. As an actor, the nature of the job often renders you passive; you are the one waiting to be chosen, whether by an agent or a director, as opposed to the one making active choices. However, the choice of an audition speech is one of the few instances where you can exercise complete control.

Niland said: “Don’t just go to the female monologue book or the male monologue book because that’s what a lot of people will do and that’s not particularly interesting. Go to the theatre, watch new plays, think really carefully about the kind of character that you want to play and also the kind of work that you want to be seen in. That’s why the speech you choose says so much about you and about your knowledge of the theatre.”

In The Telegraph, Jack Lowden, who is appearing in Electra, discussed how he envied dancers because they can practise: “You can’t really do that with acting, apart from working on your voice.” Audition Doctor is one of the few places where practicing is possible, which is why Audition Doctor is equally popular with professional actors who have been to drama school and those applying.

Audition Doctor’s high success rate can be attributed to the fact that students understand that preparation requires time and patience. Audition Doctor’s students usually come on a regular basis because they recognise the veracity of Niland’s statement: “The more you prepare, the more you will be able to walk into the [audition] room and bring that world with you.” Audition Doctor is about truthfully creating the world that your character inhabits while simultaneously being open to suggestion, experimentation and redirection.

Niland encourages actors to “be flexible, [audition panels and directors] want to see whether you’ve rehearsed it so hard one way that there is no other way you can do it. Most drama schools and directors are looking for actors who can throw stuff out the window and try something fresh…and be able to to do something new with that character.”

Niland says: “It’s really important that you watch things, so that could be watching the telly, watching a play at the theatre, watching a film, watching people. It’s only going to make you more employable, more interesting than the next person coming into the room who hasn’t been to the theatre in three years. If you want to do it, immerse yourself in it.”

True immersion comes from not only watching others act but also doing it yourself. Lara Pulver, who was recently in Sherlock, says in The Telegraph that “acting is all about making good choices” and as all Tilly’s students can attest, coming to Audition Doctor is one of them.