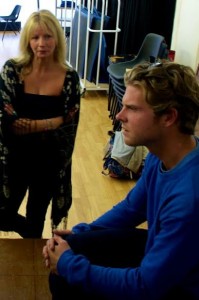 The question of whether aspiring actors should go to drama school or enrol in drama based university courses seems to be continuously debated at the moment. Both Ideastap and The Stage have devoted articles offering the pros and cons of both institutions. However, when asking professional actors, the consensus is overwhelmingly in favour of drama school.

Brian Cox remarked: “The things I learnt at drama school are things I still employ to this day, almost 50 years later. It’s only as I get older that I think, “Oh, I see, that’s what it meant.” It was one of the most exciting experiences of my life, and formative in every aspect. It gave me inroads to everything.”

Julie Walters went onto say: “Training gives you the chance to play roles that you will probably never be cast as; to act without the pressure of real audiences and critics. You’re students, so you’re forgiven. You can have a go at finding out what it is that you actually like doing.”

Although many will see university as a safer option, many such courses are simply not equipping students with adequate preparation for the profession. Intensive training at an accredited drama school is a three year time period in which you are given permission to experiment and fail within a demanding framework. Furthermore, the majority of Audition Doctor’s students are professional actors who already have gone through the rigours of drama school. This confirms the widely held credo that developing your craft is a process that is only begun at drama school and that it is up to the individual actor to continuously advance and evolve.

Susan Elkin in The Stage wrote: “In most university departments, for example, only six hours or so of contact time per week are provided when students are formally taught by staff. Drama school students are guaranteed at least 30 (and it’s often more). It isn’t always easy to persuade the rest of the university of the necessity for this.”

The idea that a student can master Shakespearean language, plumb emotional depths and explore voice and movement in six hours that are scattered through the week is highly unlikely. This explains why aside from professional actors, many of Audition Doctor’s students are on university courses. Audition Doctor sessions provide the vocational and practical aspect that theoretical courses don’t have the resources or time to offer.

Richard Eyre once said that“the paradox about acting is that it’s a perfect balance between being conscious of yourself and not being self-conscious.” Whether you are a professional or aspiring actor, Audition Doctor sessions give you the opportunity to get as close as you can get to solving that paradox.