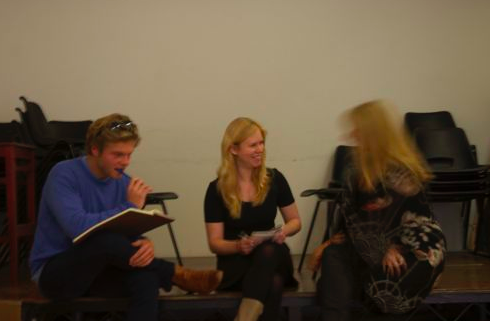 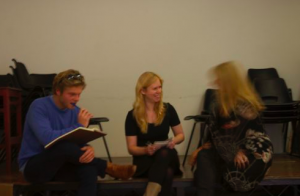 When auditioning for drama school, performing the work of long dead playwrights is unavoidable. Most, if not all, accredited drama schools require applicants to perform one (or even two) Shakespeare or Elizabethan-era monologues. Even with the assistance of a No Fear Shakespeare edition of the play, the language can be frustrating and impenetrable.

When Simon Russell Beale was interviewed about how he approached Shakespeare texts, he said: “I go through the text with a fine tooth comb. With complicated verse, I have to make it comprehensible at first hearing. That seems to be my basic job so a lot of the early work is about that, it’s about getting the series of thoughts absolutely clear. That’s actually easier said than done. It’s quite complicated when you dig into these plays and have to work out what this person is thinking…The emotional life comes later, that’s something that builds in rehearsal with reaction to other people but the process that you work on yourself is working out the sequence of thoughts.”

Most drama school applicants have neither Russell Beale’s extensive experience nor his first class degree in English literature, so working out the sequence of thoughts articulated in sixteenth century English will be daunting. Audition Doctor is the place to unpick the language, as well as discover the emotional journey that your character takes. The  sessions are mini rehearsals where you can truly have the freedom to play.

The most successful of Audition Doctor’s students tend to be those who come prepared with different speeches with various ideas of how to approach them. They are the ones who regularly go to the theatre and who don’t settle for obvious and unimaginative choices.

The students that get further in the recall stages are those who come to Tilly with a readiness to experiment coupled with intelligent textual observations. They are the ones who practice what Niamh Cusack advised in Ideastap: “If you see a play and there is a particularly good speech in it, then get the play and learn the speech. Practice is what makes you a good actor. The more you’re prepared – learn speeches, try them out – then the easier it will be for you to walk in and do a good audition. Thinking you’ll get that big break without that hard work is a bit crazy. I don’t think there are that many geniuses; most people have worked really, really hard.”

Further on in his interview, Goldblum said that the best actors were those who were child-like in their ability to play, those who had the vulnerability to be susceptible to their imaginations. It is this quality that Tilly encourages and why Audition Doctor is continually in demand.