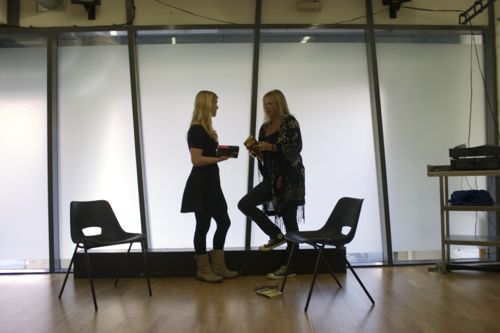 Going Beyond Your Self at Audition Doctor 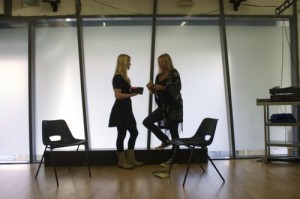 Harriet Walter wrote of her experience in The Guardian of preparing for the male role of King Henry in the upcoming all-female Donmar production of Henry IV.

“People ask us whether we have to do a lot of research or do different things to get into a male character. The answer is: not really. The actor’s job is to get behind the needs of their character that give rise to what they say and do…Shakespeare has done most of the work and my task is to lift his words and thoughts off the page. It is part of an actor’s equipment to be able to imagine life in a mind and body other than their own.”

Although Walter acknowledges that “Shakespeare is tantalising…, he gives us the most wonderful words to say, the most dramatic situations to re-create”, the task of crafting a believable human being out of Elizabethan language for a modern audience is difficult.

Aside from professional actors, drama school applicants make up an equally significant proportion of Audition Doctor’s student body. The majority of accredited drama schools require people auditioning to perform a speech from a Shakespeare play. Some schools, such as the Central School of Speech and Drama, provide those auditioning with a set list of Shakespeare speeches. The panel will be seeing thousands of Juliets, Portias, Hamlets and Macbeths. Due to the fact that the list of monologues that applicants can choose from is limited, the need to distinguish yourself from the masses is even more paramount. The reason why Audition Doctor is in high demand is because the work undertaken with Tilly is so tailored to you, that the interpretation you take to the audition is by nature original and specific.

Walter says of acting Shakespeare characters: “We have to stretch wider and higher and dig deeper than our standard selves in order to reach those words and those situations.”

Audition Doctor’s popularity is also due to the fact that actors recognise the difficulties of exploring characters alone. An Audition Doctor session affords students a structured and concentrated time to do precisely what Walters says – to go beyond your standard self. The openness and supportive nature of the sessions mean that experimentation with the text is only ever encouraged and never prejudged. Consequently, the resulting interpretation of your character is always a unique creation that is simultaneously supported by the text.

Kristin Scott Thomas mentioned in The Telegraph how exhilarating it was to work in theatre again: ““In films, they can edit and cut you; on stage, you have complete control. Ian [Rickson] gives me instructions and we work through stuff together but if I turn up at the opening night and decide I can do the whole thing standing on my head, no one can stop me,” says Scott Thomas. “There’s something incredibly exciting and dangerous about that.”

Similarly, Tilly gives her students direction and suggestions. Ultimately, however, it is the freedom and confidence to make your own artistic choices that characterises Audition Doctor sessions and why Tilly’s students often land the jobs and drama schools they audition for.