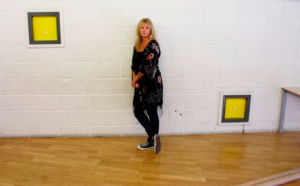 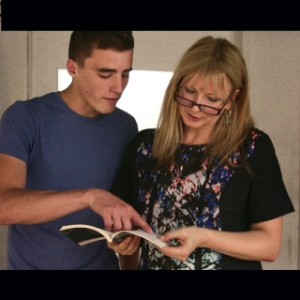 Actors often cite this ability as an absolute prerequisite when playing a scene. Dominic West recently mentioned: “People who I’ve most enjoyed working with are people who are open, who listen and who are flexible…if you go into a scene knowing how things are going to end up, chances are it’s not going to be a very interesting scene”.

People applying to drama school may understandably feel like this piece of advice is less applicable when performing their monologues in front of an audition panel. Sometimes drama schools provide an existing pupil to stand in place of the other character in your scene, but they will never react to your performance and are there more to help with eye line than anything else.

Furthermore, inevitably you will know how “things are going to end up” in your performance at an audition. Decisions based on the text will have been made and the panel will expect you to intelligently justify why you chose to present that particular interpretation.

Although there may be no other actor to listen or react to, the spirit of being open to suggestion is key to getting a recall. In a drama school audition, the listening applies to responding to the panel’s direction; hearing their notes and immediately adapting your performance to show that it isn’t set in stone and that you are able to play conflicting interpretations truthfully.

The panel aren’t looking for a polished performance, they are looking for students who are willing to fail in the pursuit of a better and more honest portrayal. The reason why drama schools graduates often have higher employment rates than those who haven’t been is because they have been allowed to experiment and fail intelligently.

James McAvoy said: “Drama schools are a great idea, I really do believe that. It’s three years where you’re in an environment where you are safe, your vulnerability is protected. No where in the professional world will you manage to get twenty gigs in three years playing all these different characters. You’re there to fail.”

This is why students return time and time again to Audition Doctor. The focus is not on creating a shiny, unchangeable performance, but the joy of unravelling a human being through trial and error.

When interviewed by BAFTA, Benedict Cumberbatch said: “You can never perfect what we do, I’ve never met anyone who goes “that’s perfection”….this goes for all art forms, the point is that perfection is unachievable. It’s that constant pursuit of the unobtainable which is kind of magic really and it’s that Beckett thing, fail again and fail better” which is essentially the unwritten ethos of Audition Doctor.

Being “ready” is vital but, as McAvoy emphasises, whatever your chosen method, it’s up to you to inhabit your character as believably as possible.

“You should do whatever works for you, and trying to be a method actor doesn’t work for me at all. Maybe it will do one day, but I try to keep an eye on what story I’m telling. It’s not just about what character you are and being truthful to that; it’s about keeping your eye on the narrative. I see acting as more about mimicking truthful situations. You’re a storyteller, and naturalism and realism and all that stuff are just a style. I prepare by spending a lot of time working out what story we’re telling exactly.”

When asked what they do to prepare for their part, most actors will cite reading and re-reading the play. Yet it’s surprising how many drama school applicants fail to read the play which their speeches come from. Often when workshopping speeches, the audition panel will ask what has happened in the scene before as a gormless candidate squirms and gabbles something palpably vague. It is mortifying whether or not the panel put it down to nerves and soothes you by saying “don’t worry, take your time”, or in one case, defiantly write the word “NO” across a hapless candidate’s assessment sheet.

The Stage cited the reason as being because “many students and actors are frightened of the verse in Jacobean and Elizabethan plays and, in some cases, of the language itself. Odd when you think about it given that 95% of the vocabulary Shakespeare uses is still in current use and that the heartbeat-like iambic pentameter sits very comfortably in the rhythms of modern English. Think about “I left my brief case on the Northern Line” or “When Susan wants to rant she shouts a lot”.

Evidently, however, the key is striking a balance as the publication simultaneously lamented how many times they had heard actors “gabble [words] so fast that they’re incomprehensible” and were adamant that “you cannot make Shakespeare sound like a bit of dialogue from Eastenders and it’s very misguided of actors and directors to try.”

Making Shakespeare sound both unforced and convincing takes an inordinate amount of preparation.. To be dexterous with Shakespearean language requires you to understand the text. After comprehension comes practice and this is what Audition Doctor sessions afford you. It is uncommon to have an interrupted hour purely to work on Shakespeare, especially if you practice in the comfort of your own home – distractions abound. Having the space to concentrate solely on your speeches with an experienced actor at hand is a rarity which more and more applicants are realising. With the drama school audition season officially beginning, time with Audition Doctor is getting booked up. Those who want a fighting chance this year should book lessons well in advance to ensure availability.