Shaping your Career at Audition Doctor 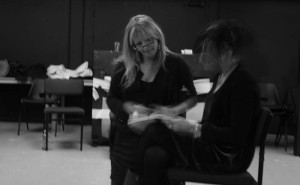 In an interview for BAFTA, Imelda Staunton spoke of the importance, for her, of being able to fail on the job after drama school. Repertory theatre afforded her the opportunity to continue to mould herself into the kind of actor she wanted to be.

“I remember thinking that I didn’t want to go to the RSC and stand at the back. I wanted to be at the front making a fool of myself. I didn’t care as long as I was doing it. I was given a lot of responsibility when I was very young. I was 20 when I left RADA and I went straight into a leading role. I wasn’t very good at it but I was giving it my best shot and really learning my craft. I certainly didn’t come out fully formed when I left drama school.”

Audition Doctor gives actors the similar chance to advance their technique and artistry albeit in a less public setting.

Sarah Frankcom, who has directed Maxine Peake in Hamlet, spoke of the need for actors today to manage their own careers: “[Peake] is part of a generation who are having to shape their work and opportunities in a different way, and that is about taking control rather than serving an industry.”

With the demise of repertory, actors today are increasingly looking towards spaces such as Audition Doctor to avoid stagnation between jobs and to forge ahead with their professional development.

Actors value Audition Doctor sessions because they endow them with the ability to tell a story which, at its most basic definition, is an actor’s job. Tilly’s students are often successful in auditions for simply being true to the part and not embellishing it with any falsity or “acting”.

As Staunton said: “You’re privileged enough to dive into someone else’s life and tell their story. That is your only responsibility; not to make it bigger than it is or more extraordinary than what it is, it’s just what it is…Doing it in the moment is the most important thing.”

Staunton also went onto mention: “ [When rehearsing] Entertaining Mr Sloane the language is difficult and technically it’s quite difficult. I thought [my character] had terrible problems and she needs delving into in my head. That was for me to do work on in my own time. not discussing in rehearsal “Oh what do you think she’s feeling?” That’s my job. I do that privately.”

Audition Doctor has proved indispensable for those applying to drama school who understandably need guidance with mastering difficult texts and also the private work that Staunton speaks of. Audition Doctor’s students have proved that they are remembered in the right way by audition panels – for serving the role authentically and not for any artistic choices that might be perceived as  attention-seeking.

Sarah Frankcom said of Maxine Peake: “Her great gift is that she makes you feel like she is going through something. She helps an audience makes sense of what is happening between people.”

This is what Audition Doctor helps all her students achieve and pushes them closer to following Peake’s own mantra about acting: “Just be honest, be interesting, be alive.”

Striving for Greatness at Audition Doctor 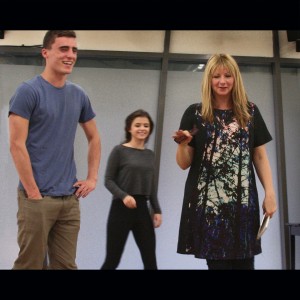 Richard Jordon wrote in The Stage of the difference between good and great acting in The Stage, citing Imelda Staunton’s performance as Mama Rose as an example.

“When you see great actors at work, you realise it is in the little touches they instinctively find in their own technique which grounds their performances, thus propelling them forward to another level, becoming both visceral and memorable. In any such instance you also understand what is meant by the expression ‘living the performance’.”

Staunton has made clear that the road to this calibre of work, however, is one that littered with years of practice and, most importantly, failings; failings that continued well after drama school – the acknowledged place where actors are encouraged to be imperfect and experiment without any career-damaging consequences.

Unlike for today’s drama school graduates, Staunton’s route into repertory theatre is one that is no longer possible: “I did all leading parts and I’d much rather be doing that than standing at the back at the RSC watching other people do it. I’d rather do it, make a mistake and do it again.

Audition Doctor has proved indispensable for drama school candidates, recent graduates and professional actors precisely for this reason. The constant urge for change, exploration and betterment is a sentiment shared by all actors regardless of experience.

Mark Lawson asked in an interview with Staunton: “People say that at drama school, the way you look, the kind of physique you have leads to quite early stereotyping – whether you’re a leading actor or a character actor. Did you feel like you were being pushed into a certain direction?”

This is why recent graduates find Audition Doctor an important stepping stone in their careers; the variety of roles available in the industry itself is far narrower than at drama school. Consequently, students find that Audition Doctor is where they can differentiate themselves and improve their craft by giving them the chance that Staunton said repertory theatre gave her – doing instead of watching and failing without disastrous consequences.

Fiona Shaw recently spoke of directing Britten’s The Rape of Lucretia in The Telegraph. In rehearsal, she said encouraged her cast “to dig into their own sub-conscious minds and make their own decisions about what is happening, without explaining it to anyone else. Secrets can be so powerful in the theatre.”

As at Audition Doctor, sessions are about exploration and decisions. Students have found that the results of the sessions drive them nearer to “living” their roles and give them an real understanding of the difference between when they are merely good and when they are bordering being great. 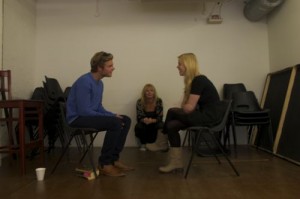 Judi Dench recently spoke of how uninspiring teaching led her to a mental stalemate with regards to understanding some of Shakespeare’s plays early on in her career. She credited seeing the plays performed on stage, as opposed to reading “six lines each in turn, regardless of who was saying them”, with igniting her passion and understanding.

Speaking of the reluctance of many to engage with Shakespeare, Dench said: “It’s a fear, there’s a terrible fear about Shakespeare that it’s a language we don’t understand. [But] it couldn’t be easier. It’s the prejudice of things. Somebody telling you it’s hard, and the fear that you’re not going to understand it. You’re not going to be able to understand? Well that’s up to the actor.”

Gregory Doran, artistic director of the Royal Shakespeare Company, also said: “If you’re reading Shakespeare you can get baffled by the language, but if you see actors deliver it with passion and engagement, even if you don’t pick up every word, you can follow a story and be transported to a different world.”

The importance that both place on the actor is why Audition Doctor is sought out by professional actors and drama school applicants alike. Audition Doctor students succeed in landing jobs and places at drama school because the sessions places such importance on unpicking the text. Once the language is understood, there’s a framework within which to experiment. Audition Doctor sessions encourage students to explore the myriad of ways to play the scene and students often experiment in ways that oppose one another. However, as Indira Varma said of her time rehearsing with Pinter: “If you’re truthful, nothing you do is wrong.” Of course, that has to be within the limitations of the play but it was the most liberating thing to be told.” There is no right or wrong at Audition Doctor, but Tilly will guide you to the option that shows you to be bold and above all, the one that rings the most true.

Another reason why actors, particularly those in TV, come to Audition Doctor is because of their lack of rehearsal time. Imelda Staunton spoke about the problem in this week’s Telegraph:

“That’s the thing that’s disappeared unfortunately with television is a terribly old-fashioned word called ‘rehearsing’. As if it doesn’t mean anything – ‘It doesn’t matter, you don’t need it’. Well, you do need it! And I think you need it for everything, particularly this, and thank goodness we got it. There’s no way we could have done it without. And we all mourn the days of – they were awful the BBC rehearsal rooms in Acton – but you rehearsed. You did The Singing Detective – you rehearsed it and then you did it. Like any piece of work you do, whether it’s a play or theatre or film, you don’t just turn up and go, ‘That’s what I’ve done, I’ll do that’. And it was very valuable for this and I wish more people would think about putting an extra two bob in to allow people to have a bit of time. We live in a world where we want instant things. ‘Just do it now! We want it instant, we want it good and we want it successful’. Well, the best things take time, whether it’s a very good stew or a show. The best things take time to cook and develop and I think people underestimate that. No one wants to rehearse to waste time, it saves time.”

In today’s unforgiving climate, Audition Doctor has become a rehearsal space where actors have the time to work on their parts and develop their craft. The instant success that Staunton speaks of is nigh on impossible to achieve without professional direction, hard graft and time – all of which Audition Doctor provides.