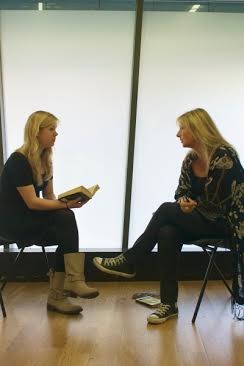 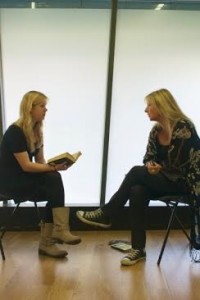 When asked the question “Why rehearse?”, Simon Russell Beale replied: “Very often we’re dealing with works of great complexity and great depth and I think its courteous to spend that amount of time figuring out what Shakespeare or Shaw wanted to do and that applies to new plays too. It’s a more complicated procedure than most people probably think. It’s not just a question of where you stand and getting the lines out in the right order. It has to be developed in a much more organic way than that and that’s what that time is spent doing. [An actor’s job] is to find the emotional and intellectual path through our various characters and our relationships and that actually requires quite a lot of delicate piecemeal work which takes time.”
The influx of students at Audition Doctor begins earlier every year which reflects both the conscientious nature of drama school applicants and the highly competitive nature of getting a place. Those who get further on in the process are often those who have taken advantage of all the chances offered to better their craft. This inevitably takes continual graft over a period of time and Audition Doctor is one such opportunity. It is rare in the sense that it is totally focused on you. Schemes such as those offered on Ideastap are almost always group lessons. They are undoubtedly brilliant, however, places are strictly limited and usually one-off which makes progress hard to gauge. Consistent lessons at Audition Doctor are an investment because students are able to see a clear upward trajectory in their development as an actor. The delicate piecemeal work that Russell Beale speaks of is difficult to do alone and Audition Doctor sessions give you the freedom to explore difficult texts with professional help.

The RSC’s Casting Director, Hannah Miller, was talking recently of giving 24 young and emerging actors the chance to learn the text, voice and movement exercises used by the RSC when approaching classical texts. Similar to Audition Doctor, she mentioned that the sessions were “not just teaching techniques for classical work. It’s about working with the words that have been written. The writer has done everything for a reason. You need to observe that, take clues, ask questions and deconstruct the text to find out what it means to you, given your understanding of that character. That is the just the same for a naturalistic piece of work written two years ago as it is for a classical text.”

The reason why many students come to Audition Doctor is due to the perceived difficulties they face when approaching a Shakespeare text – an unavoidable necessity for drama school auditions. Miller went onto say: “Of course, there are different challenges with classical texts. We might not actually know what those words mean. It is alien to the way that we speak and understand language.” Audition Doctor sessions instills confidence and removes the fear from Shakespeare which is invaluable in the actual audition when being redirected and asked to experiment with the language.

Miller stated that the RSC was looking for individuals “with an open mind. With creativity, truth in their performances and technique” and it is this that Audition Doctor equips each one of her students with prior to auditions. 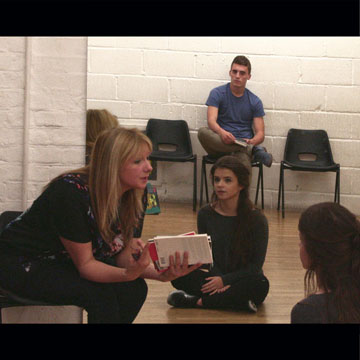 Repetition and Rehearsing with Audition Doctor

In an interview about stage actors, Nicholas Hytner talked of the specific demands that theatre required of its practitioners: “Everyone thinks they know what actors do, they try truthfully to be other people or maybe they reveal parts of themselves through the act of pretending to be other people. But stage actors have particular demands made on them. They have to truthfully to include maybe a thousand people into a conversation and very often they have to make inevitable, natural and truthful texts of great complexity and beauty that are maybe five hundred years old. That requires vocal skills, physical skills but also mental and emotional skills.”

The advent of September means applications to drama school will soon be open. Although it may seem early to begin picking and rehearsing speeches, the oft-repeated advice that professional actors give to those starting out is to prepare.

Most students who come to Audition Doctor to prepare for auditions begin early on in the process. Sometimes applicants have a misplaced belief that leaving practicing their audition monologues till much later means their performance at the audition will be fresh and original.

Roger Allam countered this belief in an interview for the National Theatre: “I think repetition is one of the most important things about acting. I haven’t got much time for people who say “Oh it’s so boring doing these runs of plays” because in a sense, that’s what acting is. The French word for rehearsal is “répétition”. You have to repeat it to learn it and to learn how to do it.”

Hytner went onto say: “To make it feel as if these are the only things that can be said, thought or felt in the situation that has been portrayed on the stage and to make that felt over a span of two or three hours is actually a very very different job from simply, as it were, transmitting a realistic copy of human behaviour to a camera that may only be two or three feet away from you, making very few physical demands of you.”

A drama school audition is effectively a theatre performance. The reason why so many students come to Audition Doctor is that they know that they only have about 3 minutes to convey that they not only have the ability to truthfully embody the life and experience of another person, but also sustain it for the length of a play.

Aside from focusing on the emotional side of the character, Audition Doctor also ensures that students rid themselves of any physical awkwardness. Initially, students often don’t know where or how to stand, what to do with their hands and this can negatively affect the way a speech is performed.

Audition Doctor makes sure that you enter the audition room confident and ready. Hannah Miller, Casting Director at the RSC, said in an Ideastap interview: “You’re not gatecrashing an audition – you’ve been invited and have every right to be there, But it’s also up to you to do yourself justice. Do everything in your power to make sure you have no regrets at the end of that meeting.” Coming to Audition Doctor does precisely that.