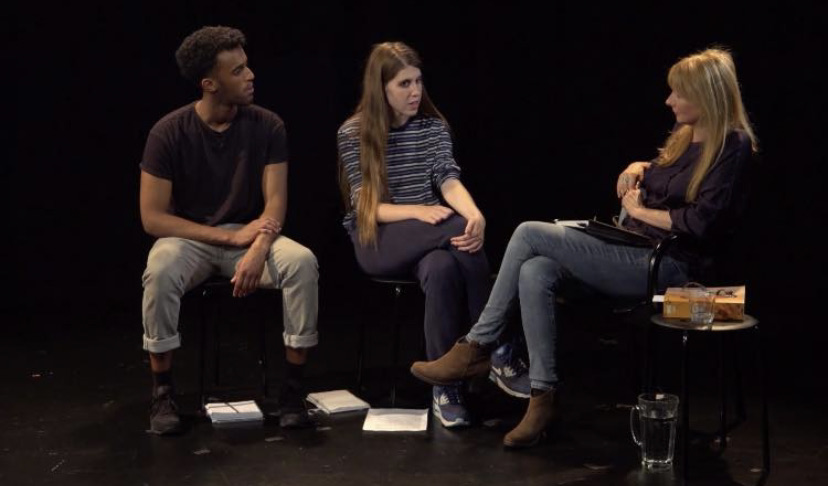 Getting help with auditions

“You don’t go to a doctor if you’re well,” says Tilly Blackwood, founder of bespoke coaching service for actors The Audition Doctor. “In the same way, people don’t come to me if they’re doing fine. They come when they have a problem or a need, and I create bespoke sessions to help in any way that I can.”

Whether you’re a student applying for drama school, a professional actor looking for help with an upcoming audition, or simply need a self-esteem boost, The Audition Doctor can ignite confidence, while never losing sight of the main prize: securing the job.

Blackwood has been a full-time working actor for more than 30 years, and she set up Audition Doctor to pass on the skills and expertise she has learned from her time in the industry. “I’ve got all this knowledge, and it gives me so much joy to share it. I’ve experienced many of these same things myself: I’ve suffered with stage fright, with lack of confidence. I know what it feels like.”

She prides herself on creating a safe and welcoming space at her flat in Borough where you can work through specific problems – delivery, posture, characterisation – or just sit and chat.

Watching Christoph Waltz, Colin Firth, Morgan Freeman, Nicholas Cage, Peter Starsgaard and Stanley Tucci debate over whether acting can be defined as art was a lesson in not only how differently actors themselves view their profession, but also how directors and producers perceive an actor’s job and their place in the creative process.

As Firth casually swills his wine, he says: “It’s an evaluation that people put on it, I mean, I’ve seen acting that is definitely not art.” The others – bar Cage who looks like he’s just sucked a lemon wedge – laugh knowingly. Morgan asserts that an actor is more craftsman than artist because an actor is dependent on a writer. Though an actor uses his body, voice and imagination as his instruments, ultimately he is an interpreter of words.

Here, Cage adopts a tone that betrays just a hint of a dissatisfied whine:

Cage: “Isn’t there a music within you that compels you to speak the words in a certain way?”

Cage: (pleading):“Could that not be art?”

By this point everyone else is visibly relaxing into the debate and the standard “There is no right or wrong” consensus is hauled out to diffuse any trace of awkward disagreement. Cage, however, with all the false equanimity that he can muster, announces sulkily: “I’m not trying to be right or wrong, I’m just trying to learn something.” Anyone who has seen the infamous youtube video “Nicholas Cage Losing His Shit” will tense at this point but he seems to be in control of himself on this occasion and calmly uses Hilary Hahn playing Bach as an example of true artistry. (He does unfortunately go onto negate this point later by saying: “I’m not going to denigrate acting…your whole instrument is your mind and your body, we’re not hiding behind guitars here” but ah well.)

Lyn Gardner moved the debate on further by asserting that far from being an artist, let alone an interpreter, actors were increasingly viewed as being merely part of the set – “The increasing trend – one borrowed from the US – in which the “cast” and “creatives” are listed separately in theatre programmes, suggests a rise in the idea that actors play no role in the creative process. They are simply puppets.”

However, at the National Theatre Platform this week, Peter Brook insisted that actors were far from being just moving props: “An actor is not an object, or a robot. An actor is evolving as an artist, and separately as a human being, both through his obligation and his political convictions. It is part of the actor’s job to feel and sense, without analysing, the world that they’re living in.”

Ultimately, it isn’t either or – it’s both. This is why acting is deceptively difficult and despite the proliferation of reality television giving the false impression that “anyone can do it”, being both craftsman and artist requires endless inquiry, exploration and training; this is what Audition Doctor offers.

Whichever drama school you apply for or whichever acting job you want, you have to have the technique to back up your “art” or “interpretation” or whatever it is you choose to call what you bring to a performance. Audition Doctor gives you the space and time to enter what Peter Brook calls the third stage of acting which is the “rarest level of all – incarnation. That is when the great role actually enters every fibre of the flesh; it only happens once in a generation.”

Alternatively, if you feel like you would like to back up your Audition Doctor sessions with reading up on the subject of acting, Wikipedia cites that “In February 2011, Cage claimed to have created a new method of acting he calls “Nouveau Shamanic”. He claims to have used the acting style throughout his career and one day plans to write a book about the method.” Undoubtedly something to pre-order on Amazon.