The Relationship Between an Actor and the Text at Audition Doctor 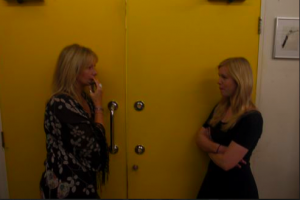 In an interview for BAFTA, Michael Shannon said: “The main thing an actor needs is a great script because you can be the greatest actor in the world but if you don’t have a good script you’re just a mime.”

Audition Doctor’s popularity with both professional actors and drama school candidates lies in both originality of direction and the selective choosing of speeches. The speeches that students pick have a significant bearing on the kind of impression they will have on the panel. A speech can be the vehicle through which actors can showcase their versatility and complexity of emotional intellect while simultaneously hiding whatever weaknesses every actor has. There is no one-size-fits-all speech and the initial stages of Audition Doctor sessions centre around finding the one that feels most suited to you. This can take a couple of sessions, however, the importance of putting aside the time to do so cannot be underestimated.

John Hurt described the sensation when playing Romeo: “I remember playing to complete silence when talking about death and realising that the words I was speaking were so powerful and extraordinary that I could understand Michael Bryant saying “I never want to do anything outside the National Theatre ever again because I only ever want to deal with fantastic writing.” I kind of understood that onstage.”

While actors at Audition Doctor are directed and creatively pushed, an actor’s primal connection to the text cannot be forced. Juliette Binoche spoke of the relationship between actor and director in last week’s Guardian: “I’ve never seen a director deciding for you how the character is. You can discuss things, you can guide somebody in a direction but there’s nothing imposed. Never. It’s too precious. It has to come in a very mysterious way because those words were written a long time ago and the connection you have to have to them belongs to you in a sacred place.”

Whether it is a text for screen or stage, Audition Doctor’s work on character, motivation and emotion is the same. While a huge amount of work is of course done by the actor, Audition Doctor provides a space where this incredibly personal and “mysterious” process is nurtured into fruition.

Binoche spoke of her part as an ageing actress in Olivier Assayas’ soon to be released film The Clouds of Sils Maria: “You know when my character is saying, ‘I don’t want to rehearse because otherwise all the spontaneity is gone…’ this is bull—t. Because you work a lot and then you find the spontaneity. This for me is somebody who doesn’t know about acting, but at the same time [Assayas] doesn’t need to know, it’s fine. It’s his fantasy about actors.”

Audition Doctor sessions are like rehearsals. Unpicking the same speech over and over again can feel repetitious but it is only through in-depth excavation that originality and the spontaneity that Binoche speaks of is achieved.

The hard graft that actors go through at Audition Doctor means their performance at auditions are unforced and instinctive which is why they often go onto landing the job.