Discovering the New at Audition Doctor 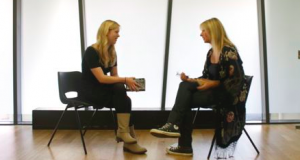 Last week, Juliet Stevenson spoke of her lengthy experience of playing Winnie in Beckett’s Happy Days in the Independent. When asked about the process by which she created her own interpretation of the oft-performed character of Winnie, Stevenson said:

“I think any character you play is a strange hybrid between the role that has been written by the writer and you. You make very personal choices and you are using your own experience, your own sensibility to shape what you find in the text, so there’s Winnie on the page and a Winnie on the stage – she is going to have quite a lot of me in it, but hopefully only the bits of me that connect to who Beckett has written. The job is to play the character as written, not to pull the character towards yourself which would have been very boring. What you end up with is always some strange, hybrid creature.”

Audition Doctor has become the first port of call for professional actors and drama school students because the character that is created with Tilly is one that remains true to your strengths as well as the text. The reason why Audition Doctor students succeed at auditions is because the regularity of the sessions give you the time to make well-known characters unique to you. Finding your interpretation involves an organic and unforced process of discovery and rehearsal which Audition Doctor expertly offers.

As Stevenson contends: “I don’t think I have known any character as well as I know Winnie now. We’ve gone on and on discovering new resonances, discovering new connections between different parts of the play.”

Audition Doctor has also proven indispensable with regards to finding the new within the old. Many actors come to Audition Doctor with characters by well-established playwrights; characters that have been performed ceaselessly since their creation. Audition Doctor forces actors to do away with the cumbersome historical baggage that comes with say a Shakespeare role. Attending Audition Doctor rids actors of entrenched preconceptions of character in favour of the creation of a new and believable human being.

On the BAFTA website, Chloe Pirrie was asked whether she feared her vocational training at Guildhall rendered the possibility of her originality being forcibly trained out of her. She responded:

“There was such emphasis on who you were [at Guildhall]. You won’t suddenly not be that person. They’re not going to break you down and mould you in the image of one of their alumni…It can all be kind of mysticised….You wouldn’t believe some of the stuff we had to do…but all those things had a point, they weren’t pretentious.

She also spoke practically about getting agents at the end of drama school showcase. “You’re seen by some of the best people in the industry and that is the amazing thing of going to one of the top places, you get exposure in a way that is quite unique. I thought if I don’t go to drama school, I won’t get access to auditions, I won’t get in the room.”

Being practical and proactive within the industry is a must. Attending both Audition Doctor and drama school are ways that will ensure you amply increase your chances of not only getting in the room, but impressing the people who are in there.