Being Disciplined and Free at Audition Doctor 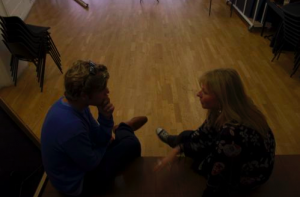 In today’s Guardian, Alan Rickman spoke of how his desire to act in Shakespeare plays had always been present: “You test yourself against great writing…What one’s aiming at is suitably impossible with great writing, which is to be absolutely disciplined and absolutely free at the same time. The two things have to work together.”

Both professional actors and drama school applicants have found that Audition Doctor has been critical in the process of striving for this quasi-impossible balancing act. Students come to Audition Doctor at different stages in their preparation. However, those who come well in advance unfailingly have the upper hand; picking speeches that will test an actor’s mettle and simultaneously exhibit intelligence and dexterity is perhaps one of the most fundamental aspects of the process. Inevitably, it is best to workshop different speeches with Tilly’s help as potential pitfalls and misunderstandings (especially with Shakespearean texts) can then be explained and evaluated.

Michael Grandage, who directed Felicity Jones in the past, said that she only ever accepted a part “because she has an innate understanding of the role – she never comes to the process not knowing what she’s got to do”. What follows, during the rehearsals, is a layering process, he says. “With each day that goes by, she finds more of the character and takes away what she doesn’t like. She is somebody who excavates a role very deeply and builds from inside out. It’s a fantastic thing to watch because you see, in front of your eyes, a character grow and grow.”

The layering process that Grandage speaks of is similar to what happens at Audition Doctor. With each session, the sculpting of the character becomes more defined so the human being that you have created is never a cursory sketch but a detailed portrait. The thorough work that is done on the internal and external emotional landscape of the character means that Audition Doctor students are always original and are never accused of being “too general” in their work.

Mark Rylance spoke in the Radio Times of how he prepared for his role of Thomas Cromwell in Wolf Hall: “I’ve watched lots of films preparing for this, and I was particularly struck by one of my favourite actors, Robert Mitchum, how his performances haven’t dated in the way that even perhaps more versatile actors, Brando and Dean and people of that era, have. I noticed how well he listens, how still he is, how present he seems. You’re drawn towards the screen – wondering what’s he thinking, what’s he going to do next. That’s always the best way to tell a story.”

Audition Doctor students value the sessions because they come to realise that they don’t have to “act” or “perform” to be truthful and have an effect. More often than not, the moments of authenticity and artistic ingenuity are achieved by simply being present – “simply” perhaps being an oxymoronic choice of word.

Students find Audition Doctor sessions indispensable yet challenging, but that’s as it should be. As Alan Rickman concluded: “I always think [of] the last image of The Tempest – when Caliban is held tight at the same moment that Ariel is let go and it seems to me that was Shakespeare writing about what it’s like to be a creative person –  you have this impossible aim and whatever your horizon is you keep moving towards it and it relentlessly moves away from you.”