Curiosity and Empathy at Audition Doctor 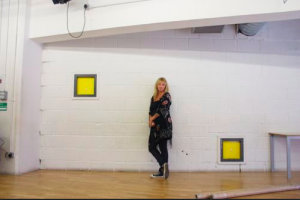 When Eddie Redmayne was asked what advice he would give to those starting out in the acting profession, he emphasised the importance of “finding a sort of constancy and rhythm of your own because it’s a world in which you retain very little control. As an actor, everyone else is in charge so you need to find your own sense of control.” As with any freelance job, there can be unavoidable expanses of time between each job. Redmayne described the acting profession as “one of incredibly intense experiences followed by weird lulls.”

Audition Doctor is a where actors come to ensure that the weird lulls are put to good use – where technique and imagination are equally prioritised. It’s a place where professional actors and drama school candidates have found a sense of control. Most students eventually attend regular sessions because they find that the progress that results from experimentation and rehearsal at Audition Doctor is ostensible. The fallow periods become rewarding and students realise that they succeed in tackling language or emotional terrains they previously thought unreachable.

The actors who come to Audition Doctor are varied in terms of where and if they trained.  However, whether or not they attended an accredited institution or not, what is undisputed is the fact that in a profession which is famous for its lack of stability, they recognise that it is integral to continually exercise their craft. Audition Doctor has become an alternative as well as a supplement to the conventional route of drama school.

This week in the Guardian, Emily Blunt said: “Drama school gives you a place to screw up and fuck up, and it gives you room for self-discovery and technique. I’ve also seen how it crushes people’s natural ability, and how it creates a space where you just overthink everything and become this neurotic performer. I’ve seen it both ways with friends, so I don’t know how it would have affected me. I just tried to sponge it up, to learn from everybody I was around.”

Blunt learnt on the job which was effectively an apprenticeship. However, for many aspiring actors, jobs are hard to come by without training. Consequently there aren’t many situations where you have the privilege of learning from active professionals. This is something that Audition Doctor does provide.

Aside from technique, students find that coming to Audition Doctor is also about exercising other qualities. Blunt spoke of how acting was “the ultimate expression of empathy” and the importance of curiosity – both qualities which are needed when exploring different characters.

Jake Gyllenhaal said something similar when he acknowledged that the profession could rightly at times be described as “an incredibly immature, selfish profession, but on the flip side of that, it helps you practice empathy. When you do your research, you see what real people are doing in the world.”