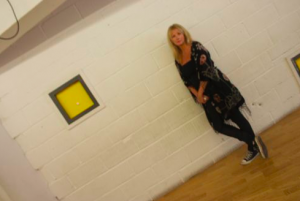 Headlong’s Artistic Director, Jeremy Herrin, whose production of The Nether is in the West End, gave his advice on auditioning in this week’s Ideastap magazine:

“Choose a piece that suits you in a profound way: either you might plausibly be cast in the part or know you have a clear way of transmitting that character.  Avoid speeches that are too obvious, i.e. try and avoid those 101 Audition pieces anthologies. The panel don’t want to sit though “I left no ring with her, what means this lady?” more than six times that morning. Why not try something contemporary? Start early and read widely.

This is why for those applying to drama school, most come early in the year for their Audition Doctor consultation sessions. Students who come later in the process sometimes underestimate the amount of preparation that is needed. Aside from picking the right speech, Herrin advises to “Study the whole play and get a three-dimensional idea of the part. Make sure you understand and, crucially, can pronounce every word you have to say. Get good help with rehearsing it, so you know how you’re coming across. Think about what the character wants, and how they counter any obstacles in their way. Where is this speech on that journey?”

The character’s desires, obstacles and motivations within the speech are inevitably informed by the wider content of the play itself and its historical context. The decisions behind every beat is crucial and can have a drastic impact on how you play the role.

Maxine Peake’s interview in today’s Guardian illustrates this. Speaking of her portrayal of Hamlet at the Royal Exchange, she mentioned: “I was 28 when I did Ophelia at the West Yorkshire Playhouse with Christopher Eccleston. In a strange way she’s slightly more complicated than Hamlet. I thought she was slightly mad from the beginning because she’s in this oppressive regime and then she completely loses her grip on reality by the end of it. When I did it, it was all about her heartbreak. So I was blown away by what Sarah [Frankcom] and Katie West did in our production. I realised – maybe because it was a female director or because Polonius was Polonia – it’s because she’s lost a parent. In the production I did with Christopher Eccleston, it was all about Hamlet’s rejection that sent her mad, which I found difficult.”

Finding the right motivations that you believe in and can support textually is something that  Audition Doctor concentrates on. However, the brilliant thing about Audition Doctor is that different avenues will be tested, worked on and analysed before discarded. This means that when you are redirected in the audition, there will be fewer surprises and you will be able to give the panel a host of equally believable alternative interpretations. The ability to to show this level of flexibility and artistic nuance is the reason why Audition Doctor sessions have proved so invaluable to professionals and drama school applicants alike.