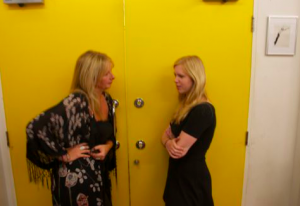 In an article for the Independent entitled “How to tell good acting from bad acting”, Christopher Hooton wrote: “An actor’s job is to know the breadth of human possibility and the depths of his or her own possibilities. He or she must pull from this well and surprise us. Otherwise, the actor becomes boring and predictable.”

He went onto cite the importance of emotional vulnerability, listening and knowing “how to use [their] voice and body to serve whatever role [they’re] playing” as essential characteristics that good actors must be in possession of.

Daniel Mays recently warned actors to avoid stereotyped roles: “Having a posh guy playing posh is just playing it safe. There’s this huge debate about diversity at the Oscars – and if that’s the case, we have to mix it up as best we possibly can. Because any actor worth their salt wants to risk, and wants to play outside the box.”

Students always credit Audition Doctor with fostering the sense of possibility and risk in their acting. It’s where nothing is played safe and where they are encouraged to make strong decisions.

Kathryn Hunter was interviewed for Whatsonstage and said: “When an actor has invested in the creation of the piece, with ideas, rather than being told to stand there and do that, that’s fuel.” “For her, acting is about engaging heart, body, soul and, crucially, brain too.”

Aside from professional actors, Audition Doctor is also extremely popular amongst drama school applicants and always stresses the importance of training.

Fenella Woolgar said: “Nobody knew who I was when I got a part in Bright Young Things, I was a couple of years out of drama school, so that was just brilliant. I would always recommend to anybody if they really want to act, go to one of the top five because you’ll get seen and that will launch you.”

She went onto say: “The glory about doing theatre is it’s a relationship, you’re not on your own.” For those applying to drama schools, the entire process can feel daunting and difficult – especially if you are preparing on your own. Audition Doctor gives them the chance to collaborate and get a taste of what it’s like to be directed so they are able to show their best and most confident selves in the audition.