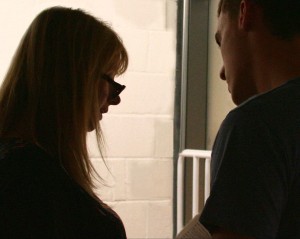 Tom Conti was quoted in the Telegraph worrying over how young actors got started in the industry: “We don’t have rep theatre…That was a phenomenally good start, actors developed stage craft, learnt how your voice worked.

He went onto state: “There’s no training ground at all now. Actors come out of drama school – and I want to say, go and ask for your money back. They have taught you nothing.”

While this is an opinion held by some actors, particularly by those who gained a foothold in the profession through repertory theatre, many actors credit their success to the three years spent at drama school.

Actors such as David Morrissey have been vocal about their support for drama schools, with the latter describing how his training at RADA helped him maintain momentum and longevity in his career.

Morrissey is about to appear in Martin McDonagh’s Hangmen at the Royal Court. When interviewed by the Guardian and asked what is it about McDonagh’s writing that inspires such respect? He replied: “His love of language. You’re reading the script through with other actors and there’s immediately this incredible rhythm, like you’re batting words back and forth. That’s energising in itself, and then you start to pick up on the complexity of the script, all the underlying strands that are threaded through the play in such a subtle, revealing way.”

This idea of understanding the muscularity of the language and the ability to unravel the complexity of the text are what training grounds such as drama schools and Audition Doctor focus on.

At Audition Doctor, the concentrated sessions assure students that they are using the language to communicate character and emotion.

Freddie Fox, due to appear as Romeo in Romeo and Juliet, said: ”I think every actor probably has a little bit of apprehension at the beginning of [their] first Shakespeare. And yet my dad had said to me many times: you will suddenly realise how blessed you are to say those words because Shakespeare makes it very easy for you.”

Audition Doctor’s popularity with professional actors and drama school applicants lies in the way Tilly gives every student the tools with which to overcome obstacles. Although the work undertaken in the sessions is often difficult, the performance itself in front of the audition panel becomes far less daunting and, perhaps unusually for some, enjoyable.

Fox recounted his drama school auditions: ”It was awful. I made such a fool of myself! I went into the audition feeling like the Laurence Olivier of the public school system. I did Noel Coward, Bernard Shaw and Oscar Wilde – and they said surely you can do things other than drink tea and speak nicely? So for my second audition I did a piece from [David Mamet play] Glengarry Glen Ross, in my gruffest Pacino voice. Dan looked up at me afterwards and said, ‘That is the most preposterous audition I have ever seen in my life.’”

Thankfully, Audition Doctor students rarely have similar experiences to that because Audition Doctor guides them in choosing speeches and characters that showcase the best of what they can offer.